From the GABNet Secretary-General:

"Gabnet continues its commemoration of the 16 Days Against Gender Violence, as it turns its attention to the Political Repression in the Philippines and also pledges support for the Divorce Bill, introduced in Philippine Congress by the Gabriela Women's Party. Please access the Gabnet national blog here: http: //16daysofgabnet.tumblr.com//"

Sorry; I tried to link the last but had to stop because I was slowly going mad working on it for hours. A better techie will have to do it.
Posted by Unknown at 2:06 PM 4 comments: 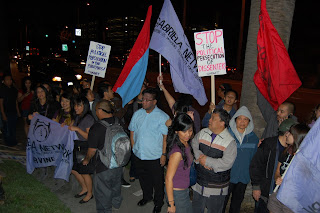 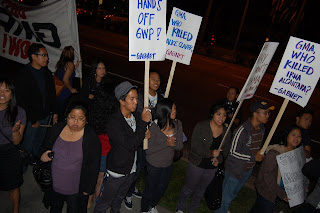 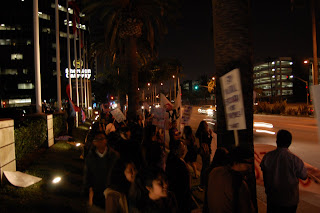 To supersize, click on any photo. Enjoy.
Posted by Unknown at 12:51 PM No comments: 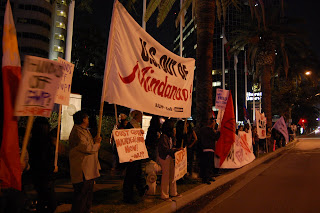 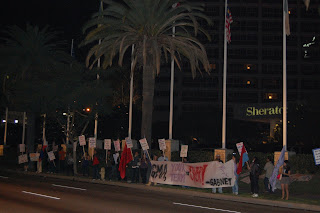 Bored to death over the hysteria about Hillary Clinton becoming Obama's Secretary of State. Semantical analysis will show it’s all driven by fear of a strong intelligent woman. Will she take orders? Whose foreign policy will it be – hers or Obama? Will she be working for him or for her own political interests? Blah, blah, blah. Pure macho panic. Seems to me that everyone should take a page off the Obama handbook: that a strong and intelligent woman is an asset, not a liability. She won’t be a yes-person but you can trust her to be the among the hardest working and competent persons in your command. Unlike wet noodle secretaries of state like Condi Rice. Or types like her. Not to be a Hillary partisan but the long primary battle between her and Obama underscored one really desirable trait which all women should learn: tenacity and no surrender.
Posted by Unknown at 8:56 PM 1 comment:

Three times she phoned President-elect Barack Obama to ask for a meeting. Ay, inglorious Gloria Macapagal-Arroyo, de facto president of the much-imposed upon alleged Republic of the Philippines, she who countenanced the killing of a thousand community organizers, including 93 women, must now beg for an audience with the community-organizer-in-chief.

The final day of the United Astrology Conference in May featured a panel on the presidential elections. All seven panelists predicted that Barack Obama would win --because they said that Saturn would be in opposition to Uranus and that signified change. This Saturnian transit began on Election Day.

Weeks ago, I laid a bet on Obama winning by 190 electoral votes. I'm off by one vote, I think.
Posted by Unknown at 11:18 AM No comments:

World polls on the election showed that three countries -- Georgia, Israel and the Philippines -- favored John McCain. The Economist had the Philippines down as going 70% for McCain. One can look at this as either the glass half-full or half-empty. After 40 years of persistent struggle against imperialism, 70% remains mired in colonial racist mentality. Or one can say that at least 30% are in some "liberated zone" mentally. Sorry, it's a country of "at leasts."
Posted by Unknown at 12:20 PM 10 comments:

Notes on the Obama Victory

This will be my last post on the subject of the elections, swear to God.

The first few minutes when CNN showed McCain leading, I found myself saying s***t atthe speed of 34 times per second,STG!

All those images of African Americans weeping made me wonder how it would be when we finally, at last, and ultimately gain public recognition of the right of women to hold and exercise electoral political power. I hope it will be an Asian-American woman who will write finish to the garish symbol of Sarah Palin.

Love the idea of an intelligent First Family, for a change. John Cleese of Monty Python fame said that Americans, unlike the British, have little envy over wealth but heaven forbid if someone is more intelligent. Filipinos – some of them – have the same predilection: you can be richer but you can’t be smarter. Conversely, you can only be smarter if you’re richer.

Got a note about some Filipinos planning to return to the Philippines because the election of Obama, according to them, would mean “genocide of the unborn.” How very Catholic of them to worry about what’s not there and ignore what’s there; to agonize over potential suffering while ignoring the suffering of millions and millions of children living at barely subsistence level. Hey, knuckleheads, half a million abortions take place in the Philippines every year, illegal though that may be; and who knows how many gallons of the herbal abortifacients sold at the Quiapo Church steps are guzzled down every day??? Silly knuckleheads.

Loved the sight of a crowd in front of the White House celebrating. But Bush might be too dense to appreciate the depth of the people’s contempt.

Impressed by Chris Matthews comment on Barack Obama first public response to his grandmother’s death. Matthews said, “attention has been paid” referencing a line from Arthur Miller’s Death of a Salesman, a virtual liturgy about unknown men and women living lives of quiet desperation under capitalism.

Tempted to do a Rev. Wright g-d on the INS where I spent six hours waiting, endured one hour and forty minutes listening to talk about a younger girlfriend, kept a poker face through one ethnic joke and one xenophobic joke, only to be told I’d have to wait another two years to take the oath. And if you know me, you’d know I take citizenship VERY seriously. I started this process almost four years ago when I sensed that the next presidential elections would be a historic one and wanted to begin a new phase of my life in a historic manner. Please, Rev. Wright, add a few g-d's on my behalf.

Terribly irritated to discover that being “upgraded” to digital cable by my cable company meant I lost the SciFi channel, the National Geographic channel, TNT, Spike and FX and gained a million channels on tennis, running, basketball, football, etc., none of which interests me. They could’ve at least given me a Yoga channel, the jerks! How about a campaign for gobs and gobs of regulations on cable companies?

Congratulations to Barack Obama and Joseph Biden. And to the Democratic Party. I will miss the campaigns. But does this mean an end to discussions on socialism? - #
Posted by Unknown at 4:28 PM 2 comments:

No hot/cold water today, which led me to conclude that my building’s run by jerks so self-centered they can’t even see the historic nature of this day.

This building’s a mix of senior citizens and young families, who will want to go vote, as well as hold innumerable election night parties in various apartments. I’m tempted to whip out a placard and march up and down the corridors of all six floors, just to scandalize this smug clique of property managers and coop boards.

Since returning from Canada, I’ve been up 19 hours per day, keeping track of the elections, unable to do anything else, OMG, I just fell into the maelstrom! Though not one to be “charismatized” by anyone, I dropped a tear or two at the news of Obama’s grandmother passing away, suddenly remembering the young man who used to play basketball at the Ponahou School grounds when I lived about two blocks from there and walked home in the afternoons from the University of Hawaii.

I listened to an entire Palin spiel, amazed at Cafferty asking what would happen if Hillary Clinton and Sarah Palin had an election confrontationin 2012. Aside from noting how men love cat-fights or the idea thereof, I’d concluded, months ago, that Palin was being dressed up for the next election, a probable “new” leadership for the conservatives, using her femaleness as a cover-up for the ideological positions.

BTW, Cornell West was cited as saying that sexism is even more endemic than racism.