AFFIRM THE VALUE OF WOMEN’S WORK!
From the Home to the Office to the Factory! 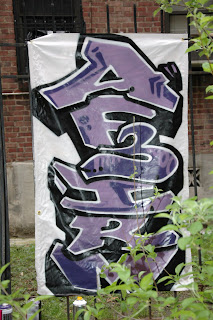 AF3IRM marches on International Labor Day 2011 in affirmation of the right of workers to self-organize, to collective bargaining, to conduct strikes and other means of struggle for just wages and safe working conditions and to resist ever-intensifying exploitation of labor by capitalists.

AF3IRM marches on International Labor Day 2011 to denounce the embedded racism and sexism that enables capital to inflict even more acute exploitation upon women workers. 187 years after the first all-women strike in 1824, women continue to suffer wage disparity. White women workers earn only $0.77 to every dollar a male worker earns; black women, $0.64 and Latinas, $0.52. Over a lifetime, women workers lose $380,000 because of wage discrepancy doing the same job as male workers. Only capitalists and Big Business benefit from social tolerance of racism and sexism.

AF3IRM marches on International Labor Day 2011 in condemnation of the continuing attacks on organized labor and labor rights. 186 years since the first all-women union was established in 1825 – the United Tailoresses of New York, Corporate America and its puppet US politicians are moving to dissolve and dismantle the ability of women workers to struggle for just wages and decent working conditions.

Women workers now comprise nearly 50% of all unionized workers in the US and half of them work in the public sector. From Wisconsin to Nevada to New Jersey, Corporate America and its puppet US politicians are terminating labor rights in the public sector, laying off teachers, child and health care givers, social service workers and more, while leaving male-dominated public sector professions intact or barely touched. By so doing, Corporate America hopes that the working class will be so rift by sexism and racism and thereby weakened as to be unable to resist its push toward enhanced exploitation.

Alongside the increasing numbers of unionized women workers is the increasing number of workers of color, of im/migrant workers – against whom Corporate America and its puppet politicians have launched xenophobic attacks. The latter are meant to keep the “undocumented” sans legal standing in the US, so they can be paid subsistence wages and inflicted with intolerable exploitation. 20% of “undocumented” workers in this country work in private households, as nannies and housekeepers.

From the house to the office to the factory, women’s work remains acutely devalued by Corporate America and its puppet politicians.

We say ENOUGH! It is time to march and to denounce this effort to savage women workers, to weaken organized labor, eradicate the gains of the labor movement. It is time to march and denounce this continuing attempt to return women workers to 19th century working conditions – the same conditions which triggered the “uprising of the 20,000” – a strike by women shirtwaist workers in 1909 in New York City.

We say RISE AND MARCH!

The young heroine of a Greek tragedy elected to bury her younger brother, despite the king’s edict that he should lie dead and exposed to the elements.


Not burying the dead is violating their primal right: to lie buried, undisturbed-- Requiescat In Pace.

This was the core template for one of my short stories: Earthquake Weather. I wrote it in honor of several friends killed by Marcos’s military and left exposed in front of various town halls. Being left unburied was one of the direst punishments inflicted under martial law; the other, ironically, was being buried in unmarked mass graves.

What to make, then, of the phenomenon of the dictator himself refrigerated since his death in 1988. Occasionally, through the years, I’d wonder how much it cost, in equipment and power supply, to turn him into a corpsicle. In a country where 80% of mothers cannot afford to refrigerate milk and baby food, this human jerky was symbolic of the excessive self-adulation of the Marcos regime.

Freeze-dried or mummified, dead is dead. Let the corpse return to the elements.

It has also become expressive of the politics of absurdity in the Philippines as recently, following a court-ordered compensation to victims of human rights violations during the Marcos regime, the dead's clan, cronies and supporters have pushed for his burial in the Heroes' Cemetery.

One would think that the senators, congressmen and governors of the Marcos family infrastructure would have better things to highlight:  good works done, nice legislation passed, lives of constituents made better. But no, it has to be about keeping alive the myth of Marcos and hence, ruling class invincibility, maintained by thought control, historical revision and an undercurrent of a message that tells the Filipino people they're too stupid to pass judgment on someone like Marcos.


This view is that of a supremely malleable nation (i.e., stupid enough) to swallow hook, line and sinker even the most overt lies that would maintain authority, power and privilege for a few. We’re already seeing reverberations of this mental shifting:  reversals of rulings which had seemed indelible acts of justice in the Vizconde case, Lacson redux, etc.

The Geneva Conventions actually provide for respectful treatment of even the dead: “honorably interred…their graves respected…properly maintained and marked…”

In 2002, a French court decreed that Raymond and Monique Martinot, whose bodies were refrigerated by their son in their chateau’s basement, should be given proper burial – based on the timeless principle that the dead is entitled to Requiescat In Pace.

So the Philippines need an Antigone and frankly, I don’t care how she does it -- float the corpse on a raft in the ocean and give it to its fellow sharks, shove a blasting cap up its behind and disappear it like so many disaparecidos of martial law years, toss it down an unmarked grave in a ravine and let weeds and worms have it.

Just end this necrophilic obsession so everyone can start thinking about the politics of living. -- #
Posted by Unknown at 12:25 PM 4 comments: