She should be watching the events in Iran -- de-facto Philippine president Gloria Macapagal Arroyo should, really. She who is now trying to change her country's constitution -- which would be what? the fifth, the sixth, change in less than a hundred years? -- so she can continue to occupy the post of boss of bosses.

There's no exception to the rule that those who overstay will be thrown out. I'm sure that there will be "high moral grounds" used to justify her continuing in office beyond what is Constitutionally mandated -- as in, "the country needs me," etc.

Big difference between service for life and leadership for life. The first is selfless; the second is mere self-indulgence.
Posted by Unknown at 10:56 AM 4 comments:

The (Ahava) company’s main factory and its visitors’ center are located in the Israeli settlement of Mitzpe Shalem in the Occupied Territory of the Palestinian West Bank. Ahava products are labeled as of 'Israeli origin,’ but according to international public law, including the relevant UN Security Council Resolutions, the West Bank cannot be considered to be part of the State of Israel. Not only does Ahava profit from the occupation by locating its main plant and store in an illegal Israeli settlement, it also uses in its products mud from the Dead Sea, excavated in an occupied area, and thus it exploits occupied natural resources for profit. The fourth Geneva Convention explicitly forbids an occupying power from removing the captured natural resources for its own use, and we see this as another charge for which this company should be held accountable.

Going through my medicine cabinet; throwing out all Ahava products, OMG!
Posted by Unknown at 2:25 PM No comments: 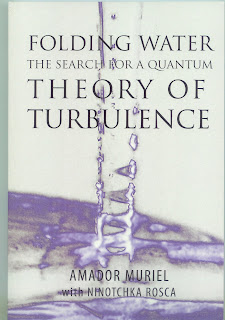 Click on photo to supersize.
Posted by Unknown at 5:48 PM 7 comments:

Life or a Lifetime of Pain

There’s one in practically every village of the Philippines: a child handicapped, genetically malformed, misshapen or “soft in the head,” as they say; the butt of jokes, of exploitation, of abuse – physical and sexual – and no one seems to know what to do about it. The child is often the eighth or ninth or twenty-fourth pregnancy, born of an exhausted uterus, in a country where pre-natal care is largely absent and where services for those not fully equipped to deal with life’s vagaries are non-existent, for all practical purposes. And every Sunday, millions of women go to a church where women’s reproductive rights are abhorred, where the primary mission, for which millions of pesos in donations are spent, is the maintenance of massive churches, of converting the heathens, of ensuring the well-being of less than 20,000 priests.

Such children come to mind when I read about the murder of Dr. George Tiller, whose vilification by anti-women fascists is proceeding apace. The rhetoric is amazing; he is called a “mass murderer” – a label the same people would not apply to those who launched the Iraq war that killed over a million Iraqis and over 4,000 Americans. He is called a “late-term abortionist” – without the necessary explanation that such abortions were done because the fetus was severely malformed, genetically handicapped and/or threatened the mother’s health. He is said to have “reaped what he sowed” -- a justification of his murder, with nary a second of compassion for the women whose health and lives he saved, for the families he spared from a lifetime of onerous burden, for the children who otherwise would have lived decades of a mindless and painful existence.

Only once in my long life have I seen an abortion done; a friend in her 50s had gotten pregnant and decided she had neither the will, resources nor the courage to continue with it. She asked me to accompany her. The experience was so traumatic that I gained new respect for the women who have to face such a decision. Considering that this was at a Park Avenue clinic, I can barely imagine what back-alley abortions must be like.

That women will be the last to achieve liberation is a statement often made by political pundits. We never quite understand why.

It will take a lot of work and study and willingness to think before we see how women’s oppression comprises the bottom rung of this hierarchy of oppressions within which we live. The threat of women becoming equal, in ways big and small, is so general, so profound, so alien to even the way class society thinks that the response to it is vicious, vehement and volatile. Be aware. -- #
Posted by Unknown at 1:04 PM No comments: